CASE STUDY: Why Private Fracture Clinic is a faster way to get you feeling great! 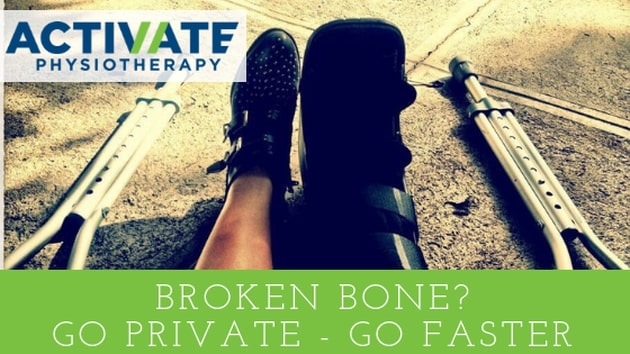 It was a Friday morning and I received a call from *Peter who had just fallen from a ladder at home and landed on the concrete. Thankfully it was on his feet but he had immediate pain and swelling in his right ankle. He’d done a google search and found Activate Physio’s fracture clinic.

He arrived 30-40minutes later aided by his mate. In truth I found him hanging onto an a-frame sign not far from the carpark after he’d attempted to hop his way in. We found him a wheelchair and brought him into the clinic for a look… and, honestly, it didn’t look good. I’m pretty sure poor ol’ Pete actually wanted me to give him a big thumbs up and tell him to toughen up there was nothing wrong but I had worse news. 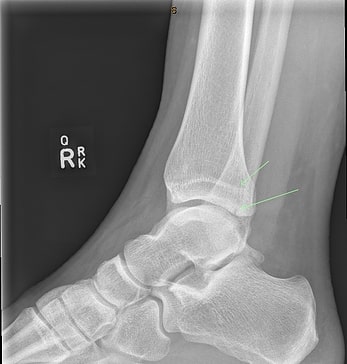 I’d done some tests and was suspicious he had broken his ankle and possibly done an injury to his syndesmosis (the fibrous tissue between the 2 bones of the leg). I got him into a moon boot (also called a CAM walker) and he was sent off straight away for xrays (lucky his mate was a great chauffeur) which confirmed my suspicion there was a crack through the back of his tibia (shin bone) right down at the ankle which is a sign of syndesmosis injury.

Activate Physiotherapy has great working relationships and referral partners with the very best orthopaedic surgeons in Brisbane. Later that day I was able to speak with a fantastic foot and ankle surgeon who reviewed the x-rays online and was able to recommend Peter come straight in to see him.

On Wednesday of the following week Peter was in surgery having some metal work placed in his ankle to ensure the best healing would occur. His rehabilitation was able to begin a few weeks later with land and water based exercises.

Now, if Peter had not known about the fracture clinic at Activate Physiotherapy the story would have been a lot longer. A trip to the emergency department can take hours. Followed by a minimum of 2 weeks wait to be seen in fracture clinic. You will have little to no choice over the surgeon you see.

Your time is valuable. With Activate Physiotherapy’s fracture clinic there’s no need to wait for hours on end in uncomfortable hospital emergency room chairs next to sick people. Just call or make an appointment online and we will fit you in the same day. If you’ve got a fracture you’ll be fitted with a casting splint or moonboot walker, no need for a pesky plaster backslab. You can get on with your business not worrying about showering or that dreaded smell.

At Activate Physiotherapy we only work with the best surgeons who specialise in treatment of specific joints. The benefits of seeing a specialist ankle/foot surgeon in Peter’s case was that he knew that type of fracture indicated more damage than what could be seen on the xrays. Many times this injury can be missed and only treated with immobilisation in a cast or boot. These people often experience ongoing pain and difficulties getting back to activity, work and sport.

We wholeheartedly believe movement is medicine and will commence your rehab as soon as it is safe to do so. This means you’ll be back doing what you love to do sooner and we’ll keep you there by ensuring we address any deficits that may have contributed to or come from your injury.

* Peter’s name is not really Peter, he is a real patient and this is a real story but his name was not Peter we promise.